I got an email from a reader a couple of days ago asking who Martha Steinway was, so I thought I better explain…

When Eva and I started writing the Hollywood Detective series, we knew we weren’t going to publish them under her name. The Hudson brand was too gritty and contemporary for a cozy mystery series, and although I think we probably did discuss writing them under my name, as a  ghostwriter, using my real name seemed a breach of my professional anonymity. So… we needed a pen name. 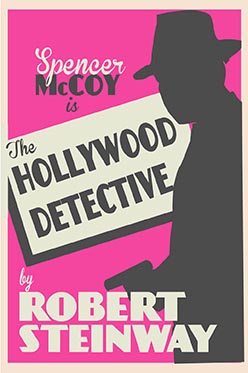 We knew we wanted something that sounded American, and also something that had the right vintage feel. I remember fooling around with Vanderbilt, Carnegie and Rothschild but we settled on Steinway fairly early on. Eva had used the character name Carmen Steinway in The Senior Moment, and she had this nice catchphrase – ‘As in pianos’ – whenever she introduced herself. It stuck in both our heads, it looked good written down, it was memorable-but-spellable (a crucial factor in name recognition) and we liked it. Now all we needed was a first name to go with it.

The convention is that women will read books by men and women, but men prefer books written by men, so to appeal to the widest audience, we decided we’d choose a male name. Somehow – as evidenced by these early cover designs – we came up with Robert. 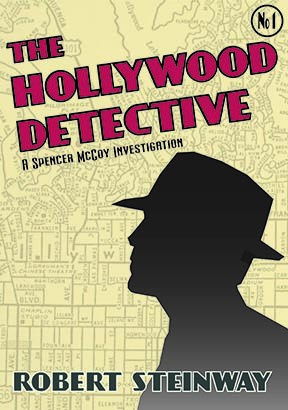 However, shortly before publishing the first book, we had a change of heart: we’re both women, we wanted to improve female visibility in publishing and if we lost a few sales, then so be it (although by this stage we knew that thousands of men were buying books with Eva’s name on the cover, so we weren’t too bothered).

So where did ‘Martha’ come from? Gellhorn? Maybe. Vineyard? Possibly? A very cool friend of a friend? That probably added to the ledger too, but I honestly can’t remember. What I do know is that Martha Steinway looks great written down, it’s easy to spell and no one else is publishing under that name. What’s not to like?

All three titles are available from Amazon:

If you’d like to know when a new book in the series is released, or to know when the current titles are on special offer, please join the Hollywood Detective mailing list at evahudson.com/hollywood. 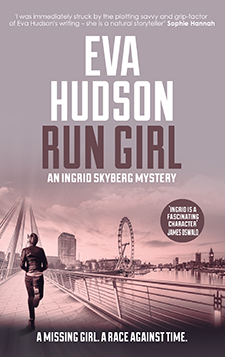 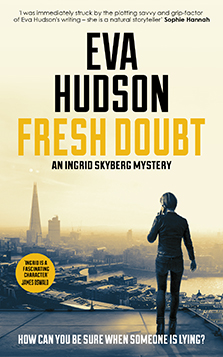 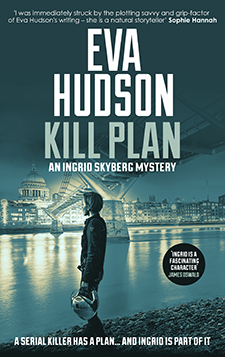