(Or: You say tomayto and I say tomahto) 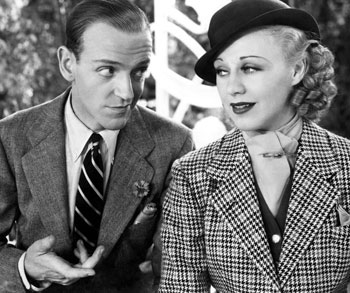 Tomayto, tomahto – Fred and Ginger battle it out

My new(ish) series, Ingrid Skyberg FBI Thrillers, set in and around the American embassy in London features my first non-British main protagonist. The stories are told totally from Ingrid’s point of view – every line of every book (apart from other characters’ dialogue) conveys what is going on in Ingrid’s mind. So everything is new and strange: London, the culture, some aspects of the language, the food, even the weather! She’s a fish out of water and at times she struggles with it.

So, I have an American narrator who finds herself in a new country. It should have been obvious choice to use American terminology and spelling (and even punctuation) for the books. But I agonised over that decision for quite a while. I feared there might be a backlash from British readers about it. Sidewalk, drapes, trunk, store, color, aluminum etc just looks plain wrong to a British eye.

Unfortunately, to an extent, I was right. Although the negative reviews that pick up on the ‘American-ifying’ are thankfully not that numerous, it still stings to read them (authors are sensitive souls). Even though I am very careful to ensure that any English character does NOT use American terminology, their dialogue uses American spelling – which may look odd to British readers.

For a while I considered releasing two versions of the books – one using British English the other American. But as the stories are told from Ingrid’s point of view, she still wouldn’t use English terminology. I knew that two versions would have been a complete nightmare to maintain, as I’d previously tried it with The Loyal Servant and it backfired horribly. US readers wondered what was so different about the US version and felt a little cheated when they discovered it was only the spelling.

I had a similar problem with The Senior Moment – here we have an English woman who is a fish out of water in New York. And although I used the odd American phrase (mainly because I had two American point of view characters – I really don’t make things easy for myself!), mostly it was British terminology and all British spelling and punctuation.

So I decided that is my rule of thumb: if the main character is British, then British English is used, if they’re American, it’s American English all the way.

I apologise to all readers who find this adversely affects their enjoyment of the books – marring the reading experience for anyone is the last thing I want to do. But I had to make a choice, and I’m going to have to stick with it.

Tomayto, tomahto, potayto, potahto – one thing’s for sure, I won’t be calling the whole thing off!