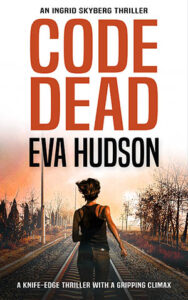 Somebody wants him dead. The world needs him alive.

In three days’ time, a virus will devastate global computer systems and plunge the world into chaos. The only person who can prevent the code from activating has disappeared, and the FBI’s woman in London – Special Agent Ingrid Skyberg – must find him before it’s too late. But Ingrid isn’t the only one searching for him, and a plot that was hatched in a secretive laboratory on the other side of the globe is about to explode in a picture-perfect English village.

Ingrid’s first thought is that Russian or Chinese forces must have abducted him, but when she discovers the men who came for him had American accents, her mission takes a deadly turn. With her life now in danger, the FBI insists she has backup, but help arrives in the shape of an agent from Ingrid’s past, and their past is… complicated.

A knife-edge thriller where the stakes for Ingrid have never been higher.