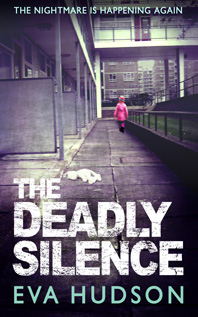 Thirty-three years ago two little girls disappeared from a notorious run-down neighbourhood in south London. One was found dead within a few days, the body of the other was never discovered. Today, another girl vanishes from the same part of town, and the man convicted of murder three decades ago is back on the streets.

Hard-nosed investigative journalist Angela Tate reported on the old case and is back to cover the new story, determined to persuade the mother of the missing girl, Trisha Collins, to reveal a secret she’s been keeping about the original killing. But Trisha is terrified and refuses to talk.

With time running out to find little Casey Collins alive and no new leads, the spotlight turns on Trisha, the police and the press questioning her lifestyle and fitness as a mother. Desperate to prove her innocence and fearful the true culprit will escape justice, Trisha begs Tate for help.

But Tate soon discovers she’s up against a ruthless adversary who’s watching her every move. As the facts become more elusive the harder she searches, Tate is forced put her own life on the line to solve the 30-year-old crime and uncover the truth about Casey.

A story of guilt, revenge and repentance, The Deadly Silence is a mystery that will keep you guessing until the very last page. It is book 2 of the Angela Tate Investigations series.

Many of the police officers in The Deadly Silence appear as minor characters in the Ingrid Skyberg FBI Thriller series. Angela Tate manages to crop up in most of Eva’s books. To which of your favourite characters appear in which book, take a look at this CAST LIST.