A few weeks back I completed what I thought was my final draft of the third book in the Degrees of Separation series, The Third Estate. I dotted t’s, crossed i’s and pretty much tied the whole thing up in a neat bow. 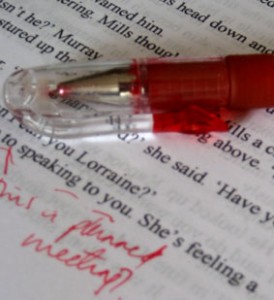 And sent it to my editor.

I expected to see a few squiggly red lines crossed through a sentence of clumsy prose here and there, maybe be alerted to the odd glaring typo that I’d managed to miss. Certainly nothing major. Oh how wrong I was.

As requested, I started to receive the annotated manuscript back in batches – I was eager to make an early start on corrections. I should have waited until I’d received the complete report. I even wrote a blog post announcing the launch date. That’ll teach me.

The story that I’d thought was so watertight I could embark on a trans-Atlantic cruise in the damn thing, proved to be a leaky old rust-bucket. I was forced to question everything from characters’ motivations, through plot twists and pacing to clunky dialogue. Ouch. Not so much a brisk brush up and polish, but more an extensive overhaul. It wasn’t a complete rewrite, but it was a daunting task, nevertheless. The only way to tackle it was in small bite-sized chunks.

I took each POV character in turn and attacked their chapters chronologically from start to finish. I began with my new Detective Inspector, then turned to DC Ralph Mills’ throughline. Once I had polished off those two, it was time roll up my sleeves and take a long hard look at Angela Tate (she of Loyal Servant fame). 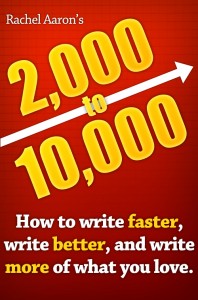 Work from macro to micro is pretty much the advice of Rachel Aaron in the fabulous editing section of her book 2000 to 10000, How to write faster, write better and write more of what you love (non-fiction titles are SEO-tastic and very very long!). It’s a fantastic book, one I’d highly recommend and it’s a snip at only 77p at Amazon. I refer back to it regularly, it’s so jam-packed with good advice.

The whole process has taken weeks (rather than the days I was expecting). I’ve still to do another run through, reading the manuscript aloud to smooth out clunky prose. And then it will be a round (or two) of proofreading.

All of this has pushed the publication date back two weeks to 15th August. But that date is now set in stone. For anyone eagerly awaiting its release, I apologise for the delay. Better to get it right than publish in haste.

Next time: The inspiration for The Third Estate