You say you want an evolution? 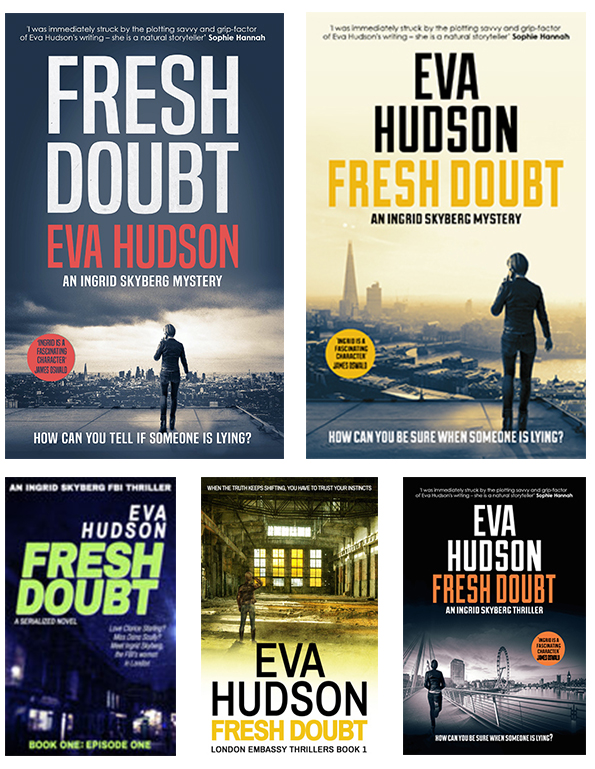 Ahead of the release of Flight Risk, the seventh Ingrid Skyberg adventure, in a couple of weeks, the series has had a little visual refresh. I was unhappy with some of the changes made to the covers by my previous publisher and wanted to improve them before starting a marketing campaign. Mostly, the changes have just been a slight tweak to the colours and reversing the title and author name to give more prominence to the former, but with Fresh Doubt I felt it needed a bit more of a redesign to really capture new readers’ attention.

It was only when I uploaded the new covers to this website that I realised just how many jackets Fresh Doubt has had over the years. It’s been quite an evolution from the cover with the lime green text Eva designed herself when she first released Fresh Doubt as a serialized novel back in 2013.

Whenever I make a change to the series, I always ask myself what Eva would think. I can’t be sure, but I’m fairly certain she’d give Ingrid’s latest look the thumbs up. I’m thrilled with the new jackets, and am particularly pleased with Flight Risk‘s cover. But I’m saving that for another blog post!