It’s a thing again now that digital publishing means you can release an ebook of any length. Gone are the days of relying on a magazine or newspaper to serialize your work.

Lots of authors are trying out the format, intrigued to see how it affects the creative process and eager to find out whether or not it’s an idea that might appeal to readers. Especially since we’ve all got much shorter attention spans than we used to (allegedly). If the wired age means we don’t have the concentration to stick with long tomes, maybe the chopped up, episodic form will be more to our liking. 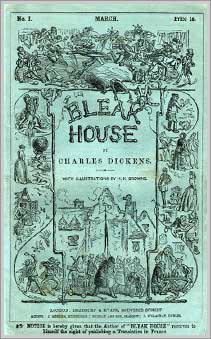 And frankly, if it was good enough for Charles Dickens, Armistead Maupin and Alexander McCall Smith, to name just three serialized authors, then it’s certainly something that little old me can have a go at. Inspired by those serial serializers Sean Platt and David Wright (collectiveinkwell.com), I’ve gone and written my very own episodic novel.

The story will be released weekly, in six installments, then the whole lot will be published as a novel length piece of work (around 90k words) after that. It’s an experiment. It might go horribly wrong – I don’t even know how I should price each installment (except I know the first one should be free – yay!) – yet still I feel compelled to give it a try.

A new series
The first serial is itself part of a series – a brand new series that features some familiar characters from previous books, including Angela Tate, Natasha McKittrick and Ralph Mills. The protagonist, however, is totally new.

And speaking of my new lead character… it gives me enormous pleasure to introduce Special Agent Ingrid Skyberg. Yes, she’s American! Yes she’s an FBI agent. Yes she can kick ass when she needs to. But I’m not straying too far from home. Agent Skyberg works in London, at the US embassy, to be precise.

I’m very excited about this new project. As a fan of Clarice Starling and Dana Scully, I’ve wanted to write a female Jack Reacher-style story for a very long time. And I’ve finally done it. Ingrid Skyberg is my very own all action heroine.

I just hope you enjoy reading it as much as I enjoyed writing it.

Fresh Doubt
Episode One of Fresh Doubt will be released very shortly – and as I said above – it’ll be free, so you can get a taster without having to fork out any cash. Join the mailing list to find out in advance when episodes are released here: mailing list.

Here’s a sneak peek at the cover for episode one. Watch this space! 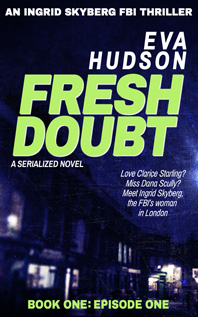