Experiment: Snapshot of where I am in the ‘writer’s journey’ (I know)

I’m still fossicking at the moment, attempting to devise my master plan. I have tried one marketing ‘ploy’ to increase the visibility of my first novel (The Loyal Servant) – more of that in another post – but I’m still deciding on the first step in the experiment. Could be procrastination, but it doesn’t feel like that, and believe me, I have a LOT of experience of procrastination. Thinking about it, I should go and put a load of washing on right now. And there’s the hoovering to do…

So ahead of the first Big Experiment post proper, I thought I’d provide some details of where I’m starting from, the foundation (such as it is) that I’ve put down already and how my books are doing right now. If this experiment is going to help anyone besides me, transparency is the only way to go. Which I’m sure will be at the very least, mildly embarrassing.

Published books
At present I have two novels and one short story for sale on Amazon and one permanently free short story available everywhere. (Note to self – upload to Kobo and iBookstore quick smart)

The Loyal Servant (a political thriller)
The Loyal Servant is the third novel I’ve written but the first to be published. The other two were consigned to the virtual bottom drawer and will remain there. Forever.

I was inspired to write about a whistleblowing civil servant uncovering government corruption by my eight years working as a contractor in the Department for Education. Although my gripes about the incompetence of some managers, the terrible waste of tax payers’ money and the proliferation of management consultants were edited out of the final version, it was still a very cathartic experience. Happily, through many drafts and rewrites the original spleen-venting rant was transformed into a page-turning political thriller (at least I like to think so.)

The Senior Moment (an unconventional ‘heist’ thriller)
The Senior Moment started out as an exploration into the invisibility of old age. Conceived originally as a two-part TV serial in a Sally Wainwright/Kay Mellor mould, it became a novel when I realised I just had to write it and get it out there (clearly I wouldn’t have a chance of getting it on telly) after I felt a creeping sense of transparency myself.

That explanation makes it sound a bit worthy, it’s actually quite a pacy thriller and even a little bit funny.

It features a character from The Loyal Servant, hence the creation of the Degrees of Separation series (every character in every novel can be linked to every other in no more than three or four steps).

You can find it here: Amazon UK, Amazon US, Amazon Ca

Work in progress – The Third Estate (a police procedural)
This is the novel that I meant to write first, but has somehow become the third book of the Degrees series. Set on a council estate in south London, it’s about the disappearance of a nine-year-old girl and the effect it has on her family and the local community. It also explores assumptions made by the media and the police about the ‘kind’ of people living on the estate.

Told from the perspective of a journalist covering the story (Angela Tate from The Loyal Servant) and two of the detectives investigating the disappearance, The Third Estate is primarily a police procedural with a bit of amateur sleuth thrown in.

I will attempt to implement everything I’m learning about launching a book with this title and of course report back on this blog. 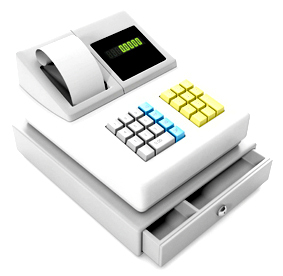 Sales so far
To say current sales are disappointing wouldn’t do justice to the sinking feeling that sweeps over me every time I check my Kindle Direct Publishing (KDP) dashboard (something I do far too often, although not as often as I used to). Currently I’m selling around 60 books a month (yes that’s right – a month!) across the three paid-for titles. And that’s been pretty consistent for the past few months. When I’ve had a free Amazon campaign there’s been a slight bump, though nothing significant, certainly when compared to the success I had last year before Amazon changed the way they calculate their rankings. The Mystery of the Zon Algorithm has to be a fantasy/science fiction title just waiting to be written.

So there it is: No Marketing = Very Few Sales

Hence the sleeve-rolling, palm-spitting and elbow grease of The Big Self Publishing Experiment.

New series
This I’m undecided about at the moment – I have some elements that are non-negotiable (more of what I like vs what’s insanely popular in another post) – but with this new project I plan to do some research into what might help books ‘fit’ more comfortably into existing niches/genres using techniques I’ve read about over at the Tim Ferris Four Hour Week blog (thanks to Joanna Penn at thecreativepenn.com for tweeting that link).

The books I’ve written up to now really don’t fit neatly into any one particular category and that’s making it more difficult for me to know how to market them/increase their visibility.

It may all sound horribly calculated – an exercise in writing for the market rather than from the heart – but as I say, I have some themes and elements that I simply won’t jettison, no matter what my market research reveals.

Ultimately I still have to write the books I want to read. Happily I have quite eclectic tastes.

What do you think?
Which genres/styles/themes are your favourites? When picking a book to read, how much are you influenced by trends? Friends? Price? And how about choosing what to write? Is it a burning story that just has to be told? Or do you have one eye on the bestseller charts?