Not so happy Valentine’s Day

So it’s Valentine’s Day. For anyone out there feeling alone, broken-hearted or romantically bereft, I hope you can take some consolation in the fact that A) Valentine’s Day is totally made up and just a marketing ploy to make suckers spend money, and B) You’re not Ingrid Skyberg.

In the new book, she’s on Tinder. And let’s just say her dating career has taken a nose dive. And that’s saying something. Shall we take a moment to list the men she’s dated? OK then.

So, there was her high school sweetheart, Clark Swanson, he of the lovely smile who turns out to be a cheater and a swine (this only comes out in the short story Dirty Secret, which is available – for the first time – to readers not on the mailing list as part of the re-packaged box set). 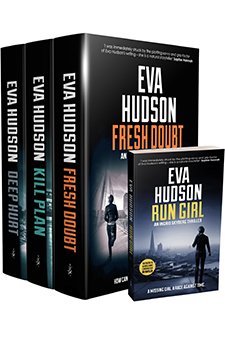 Then there was Marshall Goddamned Claybourne. What the hell was she ever doing with such a pompous ass, and why the hell did she accept his marriage proposal? No wonder she took a job on the other side of the Atlantic.

Nick Angelis? Far too arrogant to love, but you can imagine they had a good time in the sack.

Ralph Mills. Or should that be Poor Old Ralph Mills, Ingrid’s attempt to break her bad boy addiction. But he was never going to be enough for her, was he?

There was also a brief liaison with the detective inspector in Kill Plan, Patrick Mbeke, that didn’t go anywhere for a very good reason.

Have I forgotten any? You’ve probably read them more recently than me, so maybe I have. In which case, you better leave me a comment below!

In Final Offer (which I really should get back to writing this very moment) there are a couple of guys worthy of her approval, but both bring tragedy into her life. And as that might be giving away a bit too much, I’m outta here.