What’s the beef with Dan Brown? 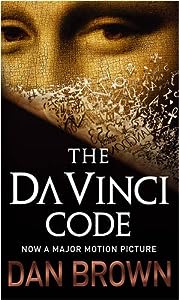 Cover of The Da Vinci Code

Is it just royalty envy?

The A-Z of Crime – a series showing on ITV3 in the run-up to the Daggers in October, is a fun bit of telly with lots of fab crime writers commenting on the genre. I’m a bit surprised Val McDermid hasn’t popped up yet, though it is only the first episode – there’s still time. Given how Val is pretty much dominating all media outlets at the moment, I would have thought that was a missed opportunity.

Anyhoo… a few of the authors didn’t have great things to say about Dan Brown and his oeuvre. The writing may well be clunky, but it’s certainly not as clunky as some I’ve read (and authors who do write cheese and clunk don’t suffer nearly as much sniping). [NB None of those clunk pushers appeared on the show]

I can only imagine it’s the sheer unfathomable quantity of books that Dan Brown shifts that’s so ruddy galling. Half a million copies of The Lost Symbol sold in its first week? That’s really is too big a pile of hardbacks to even picture. End to end they probably reach halfway to the moon (or maybe the Empire State Building).

Clumsy backstory and light characterisation notwithstanding, Dan Brown knows how to spin a riveting yarn (which to be fair was the conclusion the talking heads on the TV programme came to). Who hasn’t breathlessly read The Da Vinci Code or Angels and Demons desperate to find out what happens next?

Hats off to Mr Brown – he’s getting something very right. Maybe it needs to be more carefully analysed and we can all sell shedloads.